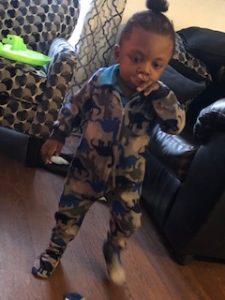 My son Jeremiah has grown not only physically but emotionally as well with physical therapy.

When Jeremiah was born, we already knew he would have a harder time with simple things such as eating, talking, and walking. Even crawling was going to be a task for him. When we began physical therapy, Jeremiah wasn’t even able to hold his head up on his own at the age of one.

Hope was not lost with this little soldier though. Jeremiah still laughed, smiled and played like any other baby despite his physical impairment. With the help of his physical therapist and his home care nurse, Jeremiah began to crawl and that was one of the happiest days of my life.

Things really went up from there, especially after we moved into our new home. Jeremiah started walking! It was a huge shock to me because he just decided to let go, like an angel was guiding him. It was a beautiful sight.