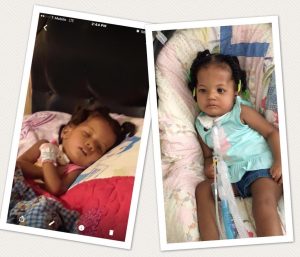 Miracle baby Milan joined Aveanna five months ago when she and her family moved to Georgia. After two and a half years of struggle with Moebius syndrome, Milan suddenly began to grow and improve at a speed that astonished her neurologists. She went from seventeen pounds to twenty-six in just a few months and began doing things that doctors said she never would. Milan’s grandmother attributes her rapid progress to the emotional support of being with extended family and the consistent nursing care that she has received in the past five months. Milan shows her family every day that she can do the impossible; she is the perfect reminder that miracles can happen! 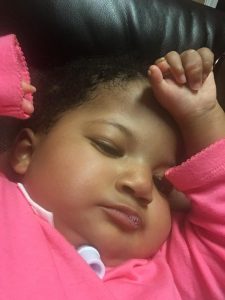 Now that she is surrounded by love and care, Milan’s personality is really coming out. Even though she suffers from facial paralysis due to Moebius syndrome, she has no trouble expressing herself. She dances when her favorite music comes on and moves her mouth when she wants to tell you something. And when she’s tired of being bothered by her family or her nurses she covers her face, turns her head away, and holds her hand up to them. Her grandma laughs, “You always know what she feels, without a doubt!”