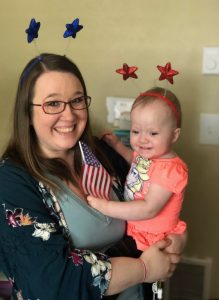 Saylor is a 20-month-old little girl with a rare mitochondrial disease and Fanconi Syndrome. Because of these conditions, Saylor depends on a central line with TPN for nutrition and, until recently, she required frequent hospitalizations.

During the first year of her life, Saylor spent just 34 days at home. Like so many of our patients, Saylor spent more time in the hospital than any little one should. But she didn’t let that dim her light. Instead, Saylor developed her own position in the hospital as the pediatric unit’s honorary greeter. During her hospital stays, Saylor would sit at the front desk with the unit receptionist, waving at and talking with visitors. 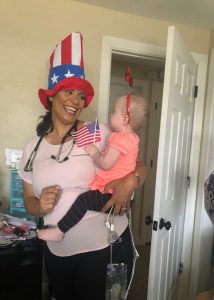 Saylor made the best of her time in the hospital and had an amazing team there. But now, with the help of her Aveanna nurses, Saylor has been able to reduce her hospitalizations and increase her independence by living at home. Saylor’s Aveanna care team has also made it possible for her mom to return to work.

As you can see by her photos, Saylor brings light and smiles wherever she goes. We are honored to be a part of her journey and to help her spread that light at home.